Out of all the wood suppliers I’ve used, I found the basswood sheets from Midwest Products to be my favorite. The cuts seem to be cleaner and I don’t have to do as much work to get rid of the fuzzies from the wood. If you plan on buying from the Midwest Products site, I recommend signing up for their email list and waiting until they have a sale or somesuch. You save more money that way. 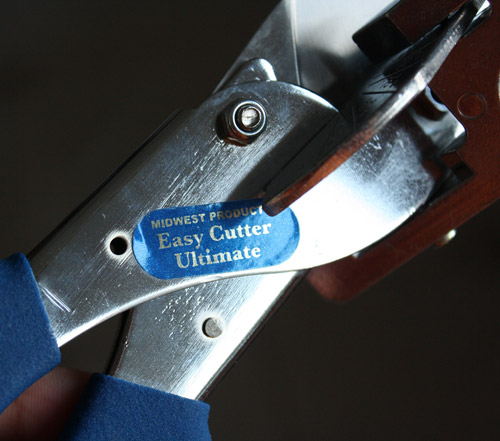 Another reason I like Midwest Products is because they make one of my favorite tools. I have the  Easy Cutter Ultimate (quite a mouthful, isn’t it?) which has been a huge help in the miniature art framing project and just cutting miters in general.

Its a simple tool, but one that preferable to a miter box for thin sheets (at least for me). It springs open and you just move the locking mechanism nail thingy to open and close it. 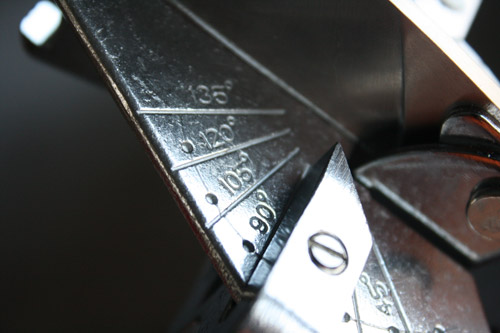 It comes pre-measured with these little nubs and has a built in fence that is adjustable and fits into the nubs when you want to change the angle. I really like not having to measure something a bazillion times. This makes cutting different angled miters super easy. 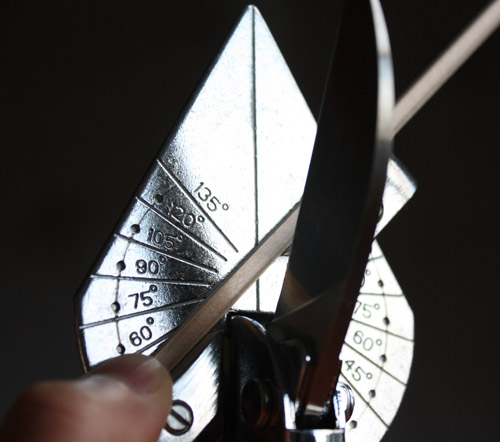 The tool does not come without complaints though.

The blade was not sharp enough for my standards and I wanted to remove it for some sharpening. Unfortunately, it doesn’t come with the tool to remove the blade, though the tool is included with a replacement blade to be purchased separately, which is super annoying.

Also, it works best with thin and flat softwoods, like 1/16″ at most. Anything thicker does pretty horribly. Since I purchased it to cut thin softwoods, I’m not really complaining. 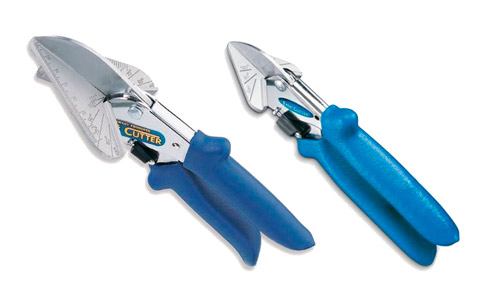 There are also simpler versions called the Easy Cutter (first version I think?) and the Super Easy Cutter. These versions do not have a built in fence. The Ultimate version was just a few bucks more than these, so why not?

So if you’re a miniaturist and you find yourself cutting a whole bunch of miters, then these cutters are highly recommended.

Also, sorry for so many pictures of the cutter. It was actually pretty fun to photograph!