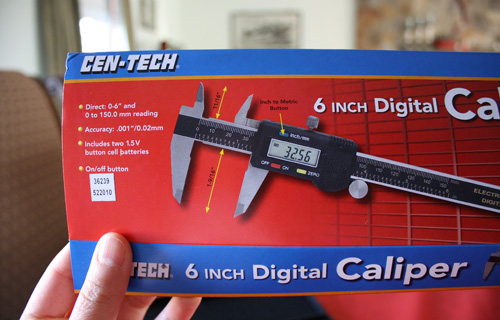 Yep, you know you’re a miniaturist when getting tools for mini making excites you. The most recent buy for me is a 6 inch digital caliper by Cen-Tech.

I purchased it at Harbor Freight Tools near my home. I found this company when I was looking into purchasing a small table saw and was informed that they carried the Mighty Mite and debated buying it (but after reading the blah reviews on this product on a few model builder forums, I went with the KS Proxxon instead. My review coming soon, I promise). 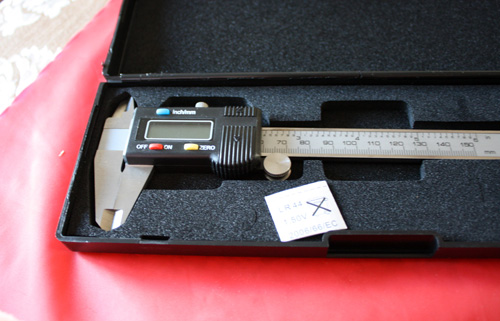 I only decided to visit Harbor Freight because they sent me a coupon for $9.99 for the 12 inch calipers which retailed at $25.99. The deal was too good to pass up! 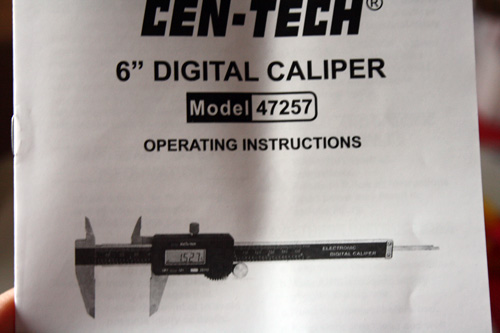 When I got home, I found that I didn’t get much of a deal paying $10+tax for the 6″ calipers after checking out the price on Amazon, which lists it for about $10.50ish for the 6″ version. Ugh.

On top of that, even though calipers on Amazon is a different brand, it looks identical to what I got. Ah well. Another lesson on doing better research before buying… or not giving into temptation. I might have lost out by 10 cents or so with tax and I don’t care about that. I simply do not want to support a dishonest company by buying their stuff. Ugh.

I guess I’m ranting a bit here. I think I’m done for now. 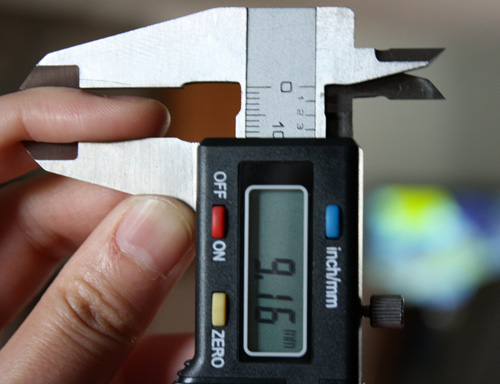 Despite all that, I still love my new caliper. I went about measuring all sorts of stuff around the house. (here I am measuring my finger lol)

This will be infinitely useful in building minis as well as measuring goodies for 3D modeling.

Make a Light Box for Miniature Photography for Under $5
A Gift From Fran to.. Dakota

5 Responses to My New Buy..