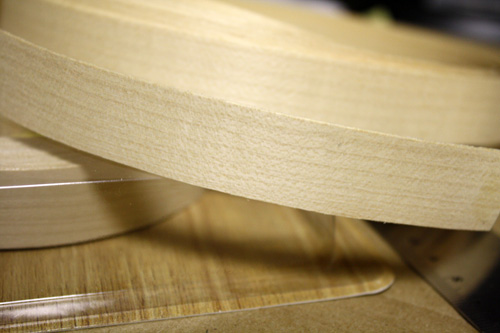 This is going to be a long post with lots of pictures.

While it is still work on the Nyne, this is largely an experiment/how-to-guide using Band-It wood veneer strips, wood filler, and wood stain. 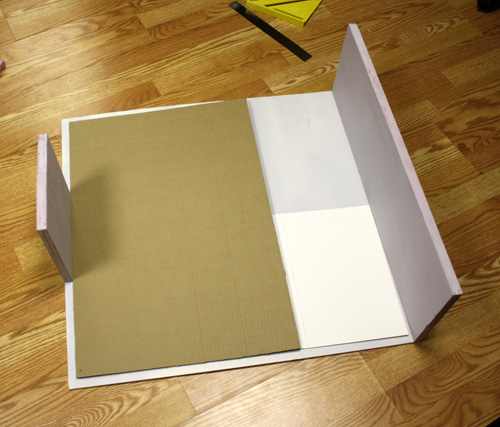 When conceptualizing the Nyne, my initial idea was to have the floors be removable. To plan for that, I cut out the exact surface of the floors where I will be adding the wood material to. In retrospect, its probably not going to be removable.. that would be too much for a first scratch build, I think. 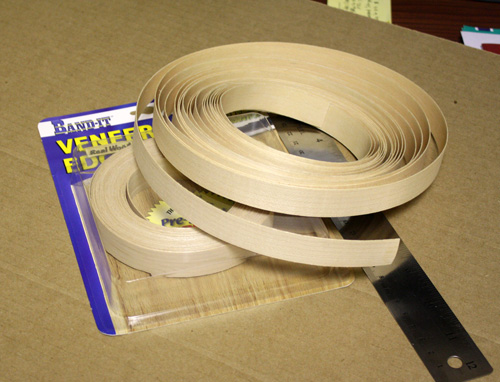 I had thought about using some leftover ply as the surface, but I opted to use cardboard instead because I had planned on using Band-It, birch veneer edging strips. 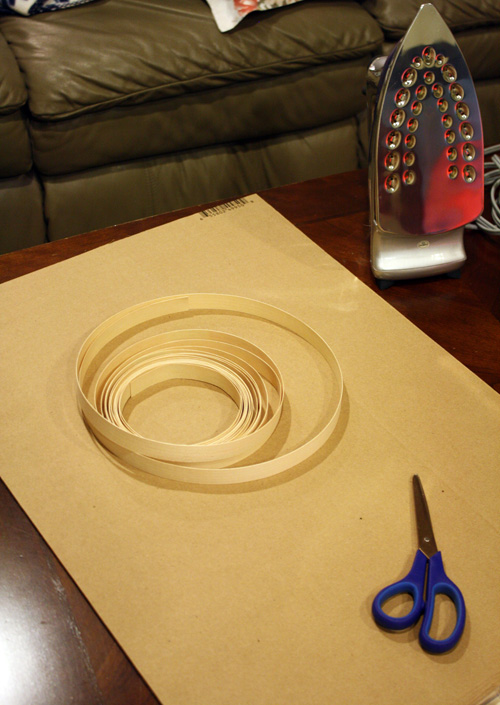 The Band-It comes pre-glued on the back to be applied by using an ordinary iron. The glue is essentially hot glue, so I was not worried about warping the cardboard, as I would if I used wood glue. Even better is the fact that I can cut it with a pair of scissors. No complicated tools or set up, Xacto knives, or cutting mat needed. 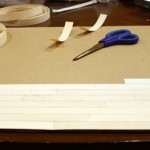 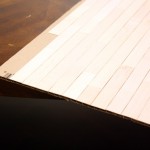 Some work in progress pics above.

I ran out of strips and had to get more from HomeDepot. After getting back, I turned on the iron to finish up but did not pay attention to the settings. The iron was set to steam, so it warped the sides of the birch strips with just a single gush of steam from the iron. Attempts to repair it seemed to make it worse. *grumbles*

On the bright side, I figured that the warped part will be largely covered by an area rug, so its ok! 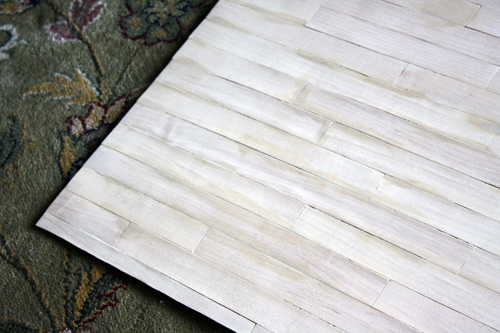 Being the dolt that I am, I didn’t get the LIGHTER filler color, so it looks quite funky on the lighter birch. I wasn’t kicking myself too bad on this because I had decided early on to stain the floors an espresso/ebony color: 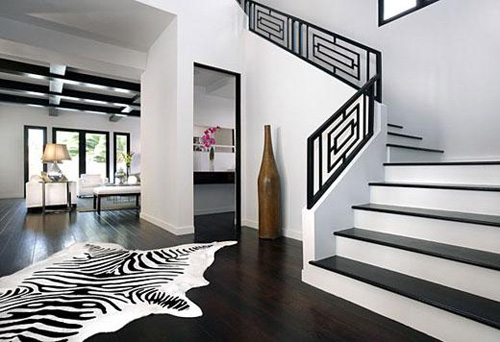 The darker stain will really help hide the mistakes and the gaps. 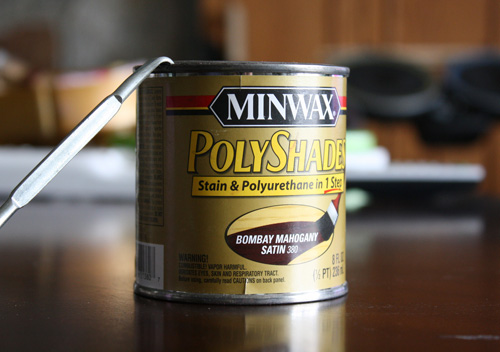 I played it cheap and just went with the darkest stain that I had on hand. 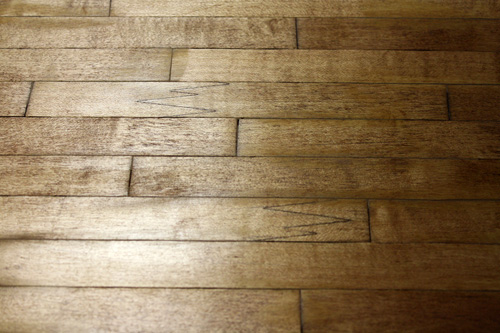 The color is too red for me and I don’t think more applications of the stain will help. It will just have the same color as the bottom right most part of the image above and I would rather have a deep, dark brown, almost black color. This means I’ll be making another trip to HomeDepot.

You can see my sloppy wood filling job in the picture, but its not very noticeable from afar.

You may have already spot the other mistake. There are jagged edges in the middle of a few strips. I didn’t notice them when I was applying the Band-It (I was watching TV :-().

I am stuck with this mistake since there isn’t much I can do to fix it. The jagged strips are spread fairly evenly throughout the floors, so I’ll just say that its a decorative element and I meant to do it! 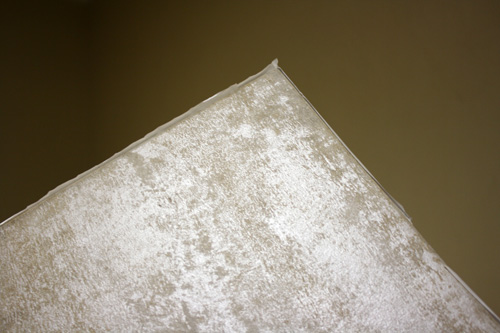 Lastly, I have a possible kitchen floor for the Nyne House. It’s a lovely color with an iridescent sheen to parts of it. I rather like it, but I don’t think it would look well with the main floor color. I think something darker and marble-y will work better?