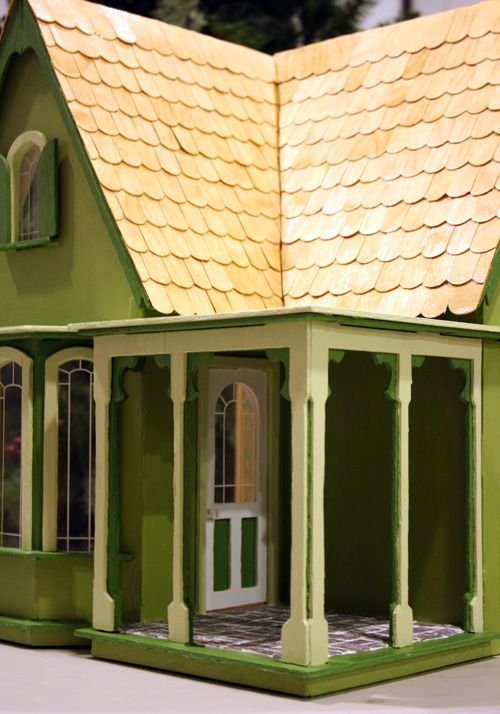 The last time I posted about the Coventry Cottage was in August. At the time of that update I was about 95% done where the last few tasks on the to-do list was:

I know it’s not much, but I procrastinated from doing it for a long while. It’s not that I have some emotional attachment to the Coventry and feared finishing up or something. I am just not a fan of painting. It gets so messy, so quickly, and it’s never just a one day process. And because it was only little bits, it was hard to motivate myself to go through all the trouble for so few parts.

But once I realized that its been almost a year since I started on the Cottage… its about dang time I finish it!

Finishing the shutters and the flower box was strait forward, but the front door was a bit more interesting. To make the front door a working door, I did the piece-of-cloth-between-the-door-and-trims trick to achieve that effect. For the door knobs, the closest thing I can find that worked were these plastic square thingies. I used regular old white glue to attach it for now and will have to bond it with crazy glue as soon as I get some.

Other than that, it was just bits of touching up here and there… and then I was DONE! *happy dance*

See the in-progress photos below: 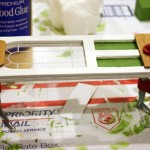 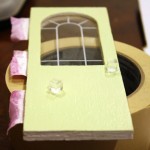 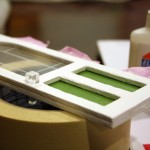 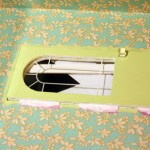 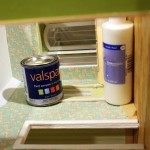 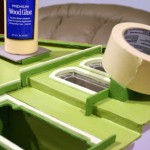 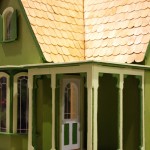 I am SO relieved that its over! It was a pain in the butt, but I learned a whole lot from building it.

Before I started, I thought the kits would be easy peasy to build and that I can bang it out on a good weekend. I was so wrong.

I learned that all kits are not created equal. There are the easier to assemble milled kits by companies like Real Good Toys, the “OK” to build laser cut kits by Greenleaf and other companies, and the generally horrible die cut kits. These die cut kits, specifically from Greenleaf, often have poor quality wood and an imperfect die cutting process. As a result, quite a bit of prep work is required to make it a halfway decent dollhouse. With this in mind, I do regret buying the Willow, since its very doubtful that I will be finishing it anytime soon. It’s also very likely going to be the last die cut kit that I will ever buy.

As for the kit building process, I learned that dry fits are super helpful. The wood should be primed first. Wallpapering and flooring as the house is being built is so much easier than doing it when the house is all glued together. Spackle is an awesome material to make poor quality wood more seamless and clean cut looking. Faux suede makes marvelous dollhouse carpeting. And adding the trims to hide the edges makes a huge difference.

I also learned a few things about myself as a miniaturist. I rather dislike the frilly trims on the Greenleaf kits. I am a huge fan of using clamps. I had a tendency to underestimate the time to build miniatures (my original goal in 2009 was to finish the Coventry in a month LOL). And that I have a slight case of ADHD when it comes to working on dollhouses. 🙂

When I started building in December 2009, I thought I was going to give the finished Coventry Cottage to family or charity. I changed my mind halfway through the building process, because I realized that I need the monies to keep funding my addiction, err, I mean, my hobby.

I would like to sell it, but I have no experience in selling dollhouses.

What’s the going rate for a finished and ready to furnish dollhouse during this time of year (Christmas!)? Its hard to determine on Ebay since many of them are kits. Craigslist, Boston has many finished RGT dollhouses selling for $100-$150 (tough competition!). On Etsy, I’m seeing a few priced $100-$600k for the finished Arthur/Orchid kits. One guy there is even selling a finished, unfurnished RGT farmhouse for $1.5k.. jeez! Everything is all over the place, but I’ll probably try all the venues.

Do you have any experience unloading a (fairly unremarkable) finished Greenleaf kit? Tips, thoughts, suggestions? My goal really is to make enough to be able to afford that ball jointed doll hehe. Yes, I do have a master plan after all! *evil laughter*